A downloadable visual novel for Windows

Added a new version and made it free to download.
Click HERE for the always-free SFW upload.
THERE IS CURRENTLY NO DIFFERENCE BETWEEN VERSIONS
ONLY PAY HERE IF YOU WANT ACCESS TO FUTURE NSFW CONTENT

One year after a world-spanning war, six heroes reunite.

As Raldin - a stoic guide who once traveled with these heroes - you will discover secrets both old and new as you reconnect and reminisce with your old companions.

Inspired by a concept by F-adventure and with plot, characters, art, and dialog by yours truly, Shadow's Echo is my first released Visual Novel.

In this alpha version, you can (currently) play through Chapter 1 and part of Chapter 2 and get a general idea what the characters and settings are like. Eventually, there will be multiple paths across multiple days, with over ten different endings.

All Character Art, Character Design, Dialog, and most Backgrounds were created by the creator of the game.

Some UI elements by SkottyTV.

(No longer used, but I still want to credit them for their help)

Credits for UI Design, Cursor Design, Character 3D Model Resources, etc will be added as the game state progresses and will be finalized before the game is complete, but most 3D resources are from user uploads on ShareCG and Renderosity.

Characters and Backgrounds were made in Daz Studio 3D.

This is an alpha version and does not represent the final quality of the game.

In order to download this visual novel you must purchase it at or above the minimum price of $5 USD. You will get access to the following files: 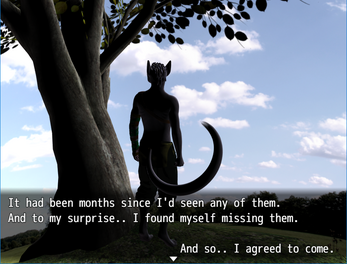 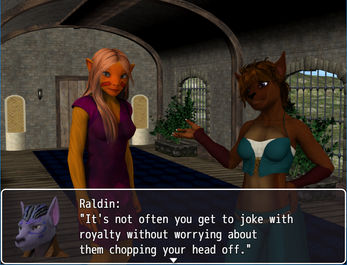 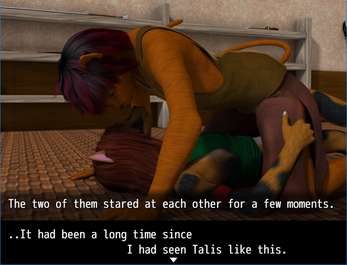 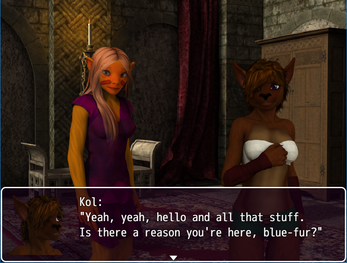 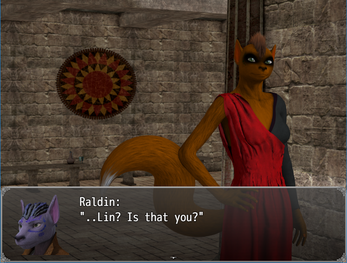